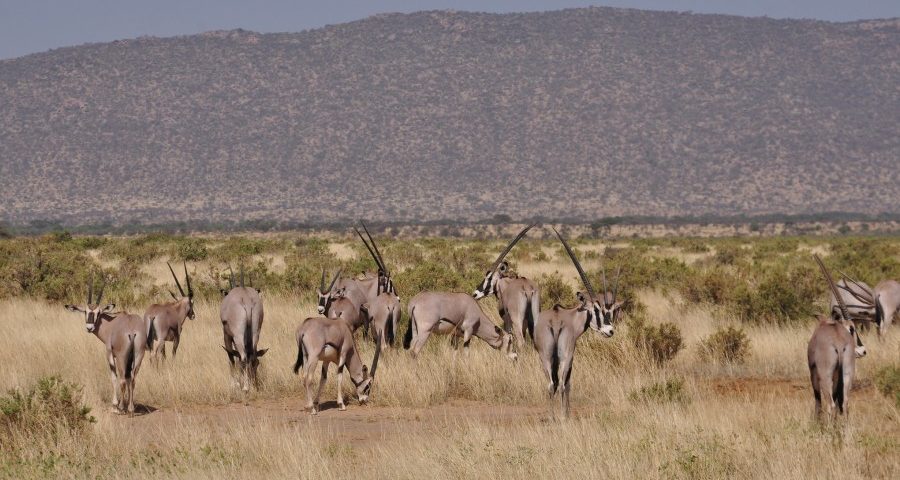 Overview:
This safari package starts in Nairobi and ends in Nairobi, Kenya. We drive by road to experience wildlife game viewing of wide varieties of wild animals and birds, Big Five, Big Cats and wildebeest migration to the four most scenic parks in Kenya, Samburu, Lake Nakuru and Masai Mara.

Day 1: Nairobi to Samburu Game Reserve, Kenya
Meet and greet services on arrival in the morning at Jomo Kenyatta International Airport or pick up from your hotel at 0800hrs by our driver-guide. We depart and drive north through to the northern frontier district and on to Samburu Game Reserve. Afternoon game drive in this reserve famous for its exclusive game viewing. Dinner and overnight at Lodge/Camp. Meal Plan: Lunch and Dinner

Day 2: Samburu, Kenya
We spend this whole day exploring Samburu Game Reserve with early morning game drive where the light is perfect for a good photographic scenery coupled with the concentration of wildlife on the ground, mid morning game drives and afternoon game drives where you will have the opportunity of spotting all the three Big cats including lion, leopard and cheetah. We will have an option of going out with picnic lunch boxes to spend the entire whole day in Samburu Game Reserve. We can have option visit to Samburu Village and learn about the uniqueness of Samburu tribe and their culture at an extra cost. A wide variety of animals and birds life are seen at Samburu Game Reserve. Several species are considered unique to the region, including its unique dry-country animal life: All three big cats including lion, cheetah and leopard can be found here as well as Samburu elephant and buffalo. Uaso Nyiro river contains large number of Nile crocodiles.
Other mammals are frequently seen in the park including gerenuk, Grant gazelle, Kirk dik-dik, impala, waterbuck, Grevy zebra, Beisa oryx and reticulated giraffe. Over 400 species of bird are seen in Samburu Game Reserve. These include Somali ostrich, grey-headed kingfishers sunbird, bee-eater, marabou stork, tawny eagle, bateleur, vulturine guineafowl, lilac-breasted roller, palm nut vulture, red-billed hornbill, secretary birds, Verreaux eagle, superb starling, yellow-billed hornbill and vulture. All meals and overnight stay at Lodge/Camp. Meal Plan: Breakfast, Lunch and Dinner

Day 3: Samburu to Lake Nakuru National Park, Kenya
We have our early morning breakfast then depart for Lake Nakuru National Park. Lake Nakuru is often referred as the pink lake due to its enormous numbers of Flamingos. The lake is host to the black and white rhino species, warthog, lion, zebra, giraffe and many more. There shall be guaranteed encounters of the endangered Black and White Rhino species. Lunch is served at the the camp or hotel followed by afternoon game drive. Dinner and overnight at hotel/lodge. Meal Plan: Breakfast, Lunch and Dinner

Day 4: Lake Nakuru to Masai Mara, Kenya
Our Day starts with breakfast at the lodge/hotel . After morning breakfast we embark on our road passing the impressive Longonot earth satellite station as we head across the valley to Narok. We continue with our journey across acres of wheat and barley, before reaching our next game viewing destination in the world most famous Masai Mara which plays host to the world greatest natural spectacle, the greatest dramatic wildebeest migration on earth which happens from July through October every year.
We arrive at the lodge/camp and have lunch at leisure, before embarking on a thrilling evening game drive in one of the finest wildlife havens on earth. We then return back to the Lodge/Camp where it is time for dinner. Dinner and Overnight at Lodge/Camp. Meal Plan: Breakfast, Lunch and Dinner

We spend these two days exploring Masai Mara with morning and afternoon game drives where we will have the opportunity of spotting the BIG FIVE including lion, elephant, leopard, rhino and buffalo. We will have an option of going out with picnic lunch boxes to spend the entire whole day in the park. We will also have the option visit to local Masai village at an extra cost or balloon ride at only $450 per person. Masai Mara is one of the best known and most popular reserves in Africa where wildebeest migration could be seen with roughly thousand of animals, at other times there are still hundreds. The plains are full of wildebeest, zebra, impala, topi, giraffe, Thomson gazelle. Also regularly seen are leopard, lion, hyena, cheetah, jackal and bat-eared fox. Black rhinos are a little shy and hard to spot but are often seen at a distance.
Every July, August and September, the wildebeest travel from Tanzania Serengeti plains, northwards to the Masai Mara and the Mara River is the final obstacle. The wildebeest remain in the Mara between October and November. Between December and January the wildebeest gradually begin their migration back towards Serengeti plains in Tanzania. Over 450 species of birds have been identified Masai Mara among them 57 species of birds of prey.

All meals and overnight stay at Lodge/Camp. Meal Plan: Breakfast, Lunch and Dinner

Day 7: Masai Mara to Nairobi, Kenya
Early morning game drive on sunrise when predators are active with morning hunt of big cats. We will have an opportunity to capture a Lion making a Kill as most of the time Lions Kills very early in the morning before sunrise. We also experience the beauty of sunrise which reveals the back drop of Masai Mara which means the dotted hills in Maa Language.
We later return to the lodge/camp for main breakfast. After breakfast we depart Masai Mara with the last picturesque of the MARA arriving Nairobi late afternoon. You will be dropped at either your hotel or airport to connect with your home bound flight depending on the arrangements where the safari ends. Meal Plan: Breakfast 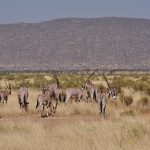 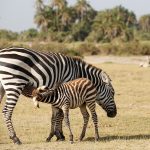 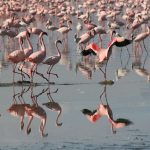