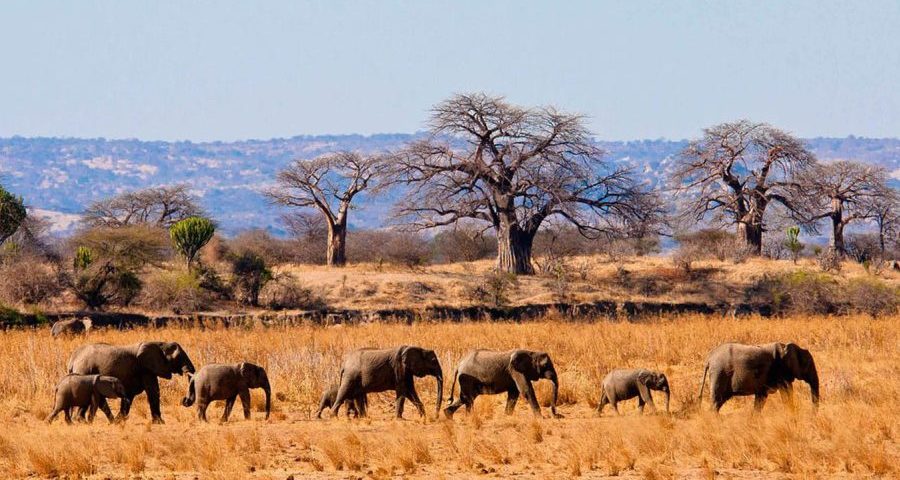 Day 1: Arusha – Lake Manyara National Park
Early morning pick up from Airport or your Hotel in Arusha and depart for Lake Manyara National Park with packed lunch arriving in good time. Later on we have afternoon game drive. Lake Manyara National Park takes pride in diversified habitat.
It is mirrored by its varied fauna with some of the more common and visible large mammal species being the buffalo, elephant, giraffe, zebra, lion and wildebeest. Prominently renowned for its tree-climbing lion, Lake Manyara is also home to troops of baboon and blue monkey. The park is rich with fantastic bird life. More than 400 species of birds can be seen here. Dinner and Overnight at Lodge/Camp.

Day 4: Serengeti National Park – Ngorongoro Crater
Early morning game drive in Serengeti National Park later on we return back to the lodge for breakfast. We heck out of the lodge and drive with packed lunch game viewing en route to Ngorongoro Crater Rim. OPTIONAL ACTIVITY: You can visit Olduvai Gorge at an extra fee payable direct to the museum. Ngorongoro Crater is the world biggest whole volcanic caldera at 8300 sq km and is arguably the most stunning arena. It is frequently described as one of the wonders of the world not only because of its geological magnificence but also because it serves as an extraordinary natural sanctuary for some of Africa largest population of large mammals.
The annual wildebeest and zebras migration passes through the Ngorongoro conservation, moving south into the area in December and moving north in June. This movement changes seasonally with the rains but the migration will traverse almost the entire plains in search of food. This has a healthy resident population of most species of wildlife in particular the Ndutu Lake area to the west has strong cheetah and lion population.

Day 5: Ngorongoro Crater – Tarangire National Park
Early morning breakfast then we descend to the Crater Floor with picnic lunch for game drive. We explore the crater and have lunch at the picnic site. Thereafter we continue with game viewing while ascending the Crater and drive to Tarangire National Park Lodge. Tarangire National Park is a beautiful and special park in Northern Tanzania. It is famous for its high density of elephants exceeding Lake Manyara and Serengeti.
The park displays a diverse number of wildlife namely Python, lion and leopard climb trees lounging in the branches, African buffalo, lesser and great kudu, cheetah, fringe-eared Oryx, Maasai giraffe, spotted hyena, common zebra, white-bearded wildebeest, warthog, eland, olive baboon, bat-eared fox, impala, common waterbuck, bushbuck, coke hartebeest, gerenuk and bohor reedbuck. Over 550 bird species have been recorded here making a sure pleasure for any bird lover. Baobab trees are most common here. Dinner and Overnight at Lodge/Camp.

Day 6: Tarangire National Park – Arusha
Early morning breakfast we drive to Tarangire National Park for morning game drive. Thereafter we have lunch and leave the Park viewing our last game while we drive back to Arusha arriving in the evening. ou will be dropped either at your hotel or Kilimanjaro International Airport to catch your home bound flight depending on the arrangements where the safari ends. 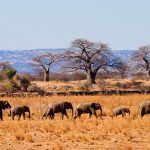 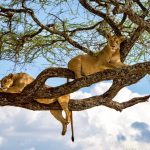 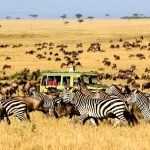