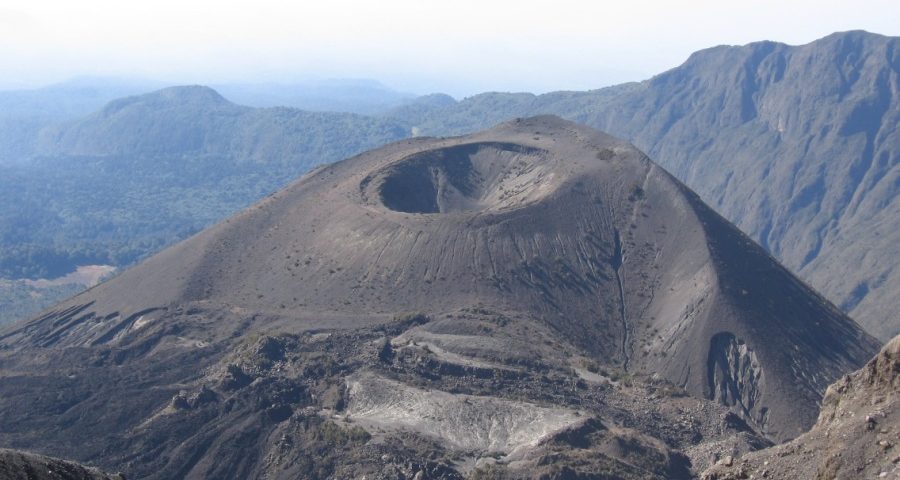 MOUNT MERU
Mount Meru is an active volcano located 70 kilometres (44 miles) west of Mount Kilimanjaro. It reaches 4,566 metres (14,980 feet) in height but has lost much of its bulk due to an eastward volcanic blast about 8,000 years ago. Mount Meru most recently had a minor eruption about a century ago. The several small cones and craters seen in the vicinity reflect numerous episodes of volcanic activity.

Mount Meru has a spectacular ash cone in her centre that has formed in the old crater. She is the topographic centerpiece of Arusha National Park whose fertile slopes rise above the surrounding savanna and support a forest that hosts diverse wildlife, including nearly 400 species of birds, and also monkeys and leopards.

The mountain offers excellent views across to her big sister Mt Kilimanjaro and is an excellent climb either as a standalone trip or as an acclimatiser before tackling Kilimanjaro. If you are doing it prior to climbing Kilimanjaro do contact us for a quote as discounts are available depending on the number of climbers doing both peaks.

Mount Meru is one of Africa’s most beautiful volcanoes and is the second highest mountain in Tanzania after Kilimanjaro at 4,5685m it is also the fifth highest in the whole of Africa.

The mountain is located in Arusha National Park, which gives trekkers the opportunity to see a lot of wildlife as they approach and climb the mountain. The ascent is quite steep in places and the route to the summit passes over a number of streams. As you ascend, similar to Kilimanjaro, you pass from the equator to what feels like the Arctic, moving through grasslands, tropical rainforest, alpine meadows, moorlands and desert uplands to snow and ice. The summit is reached by a narrow, barren ridge, which provides stunning views of the Ash Cone lying several thousand feet below in the crater. Weather permitting, Kilimanjaro can be seen in the West.

Day 1: Arrival and transfer to your hotel in Moshi.

Day 2: After breakfast we depart Moshi at about 8:30am and drive to Momella gate. Here we meet our team and start the climb with a picnic lunch to the first hut called Miriakamaba hut. Dinner and overnight – Miriakamba hut

Day 3: After breakfast we will proceed with a climb to the second hut called the Saddle. This is a steeper climb compared to yesterday and takes about 2 ½hrs. During the afternoon, we can climb little Meru peak if everyone is feeling well which takes about an hour. Dinner and overnight at the Saddle hut.

Day 4: Wake up at mid-night and have a cup of tea and some snacks before starting our attempt of the main Meru peak. We will proceed to the summit via a rocky path and back to the Saddle hut for a full breakfast. The rest of the day will be spent resting with lunch, dinner and overnight at the Saddle hut.

Day 5: Leave Saddle hut and descend down to Momella gate via our first hut (Miriakamba) where you will be transferred to Arusha/Moshi.

Day 6: Onward travel or if you are climbing Kilimanjaro we will have a rest and briefing day and start the climb the following day. 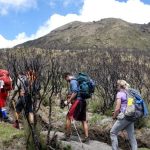 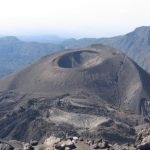 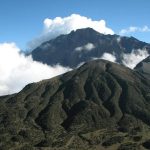