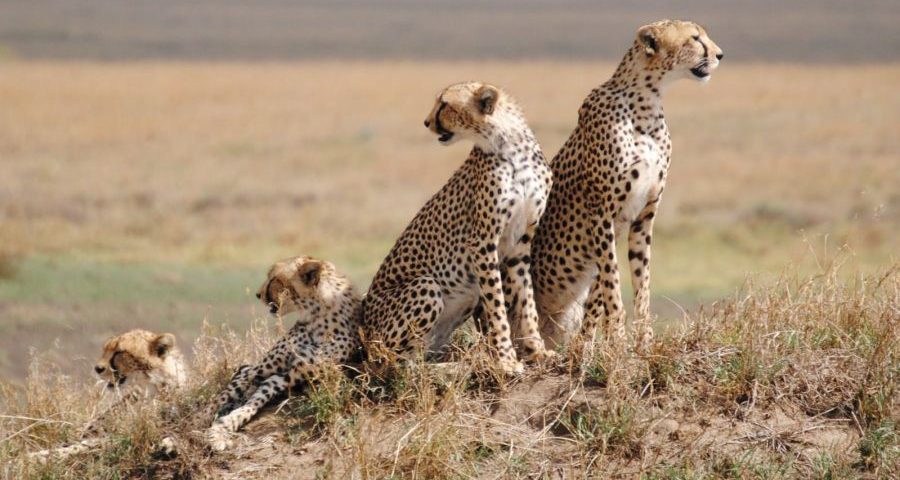 Day 1: Pick up From Arusha to Serengeti
After breakfast Pick up from your hotel at 0730am then drive to Serengeti national park. On arrival, proceed to the Serengeti Wildlife lodge for lunch. In the afternoon take a game drive in the park, The park covers 12,944km2 of open plains making it one of the largest in the world. The rocky outcrops commonly known as Moru kopjes in the eastern part of the park are of scenic beauty and occasionally cats can be seen lazing on them. The park contains vast herds of wildebeest, zebra, gazelle and other antelopes. Dinner and overnight at Lodge/Camp.

Day 2: Serengeti Full Day Game Drive
The whole day will be spent in this amazing world known destination. After the breakfast proceed for game viewing drive along the Sogore River Circuit, which loops into the plains south of the Seronera River, and which is good for possible Lion, Thomson gazelle, topi, ostrich and cheetah sightings. The Visitor Centre close to the Serengeti Seronera Lodge and public campsites is well worth a visit after the morning’s game drive. This nicely designed center offers some interesting wildlife displays as well as a gift shop selling information leaflets and maps of the area. The center also has a shop where cold drinks and snacks can be purchased, as well as a picnic area and information trail up and around a nearby kopje.

We will enjoy a relaxed picnic lunch at the center in the shade of the giant acacia trees. In the afternoon we will follow the Kopjes Circuit, which goes anti-clockwise around the Maasai Kopjes, which usually attract a number of lion and some formidably large cobras. Kopjes are weathered granite outcrops, scattered around the plains, most of which are miniature ecosystems, providing shade and drinking water in pools left in the rock after the rains. This makes the kopjes particularly good for spotting wildlife in the dry seasons – including lions, which like to lie in wait for animals coming to drink! Dinner and overnight in the Seronera area, Lodge/Camp.

Day 3: Serengeti – Ngorongoro crater: Travel time: 4 hours {Distance: 145 km}
Early morning game drive as early as 0630am-0930am, this morning game drive offers you the best chance to capture early morning kills from the big 5. After exploring the park early morning head back for the main breakfast and then after the breakfast depart to Ngorongoro Conservation area. We will stopover at Olduvai Gorge, boasting with a history dating back to the dawn of time. It was here, that the anthropologists Drs. Lois and Mary Leakey discovered the skulls of ‘Nutcracker Man’ and ‘Handy Man’, both very significant links in the chain of human evolution. Lunch will also be served at the Olduvai Gorge as you get the lecture of the evolution theory. There after proceed to Ngorongoro arriving late afternoon where you will spend the next few hours on the rim of the crater. Dinner and overnight in the Seronera area,Lodge/Camp.

Day 4: Ngorongoro Crater – Arusha
After breakfast descend over 600 meters into the crater to view wildlife for a half day’s safari tour. Supported by a year round water supply and fodder, the Ngorongoro National Park supports a vast variety of animals, which include herds of wildebeest, zebra, buffalo, eland, warthog, hippo, and giant African elephants. Another big draw card to this picturesque national park,  it’s dense population of predators, which include lions, hyenas, jackals, cheetahs and the ever-elusive leopard, which sometimes requires a trained eye to spot.

We will visit Lake Magadi, a large but shallow alkaline lake in the southwestern corner, which is one of the main features of the crater. A large number of flamingos, hippos and other water birds can usually been seen here. We will enjoy a picnic lunch in the crater, after lunch proceeds for another afternoon game drive untl 1730hrs when you will ascend from the crater and proceed to Arusha arriving late early evening with a drop off in to your hotel of choice or back to the Airport if your flight will be the same day. 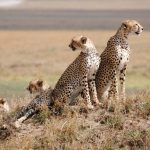 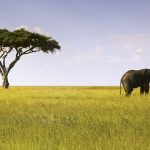 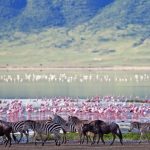